Grief and Death in the Natural World with Cassandra Yonder 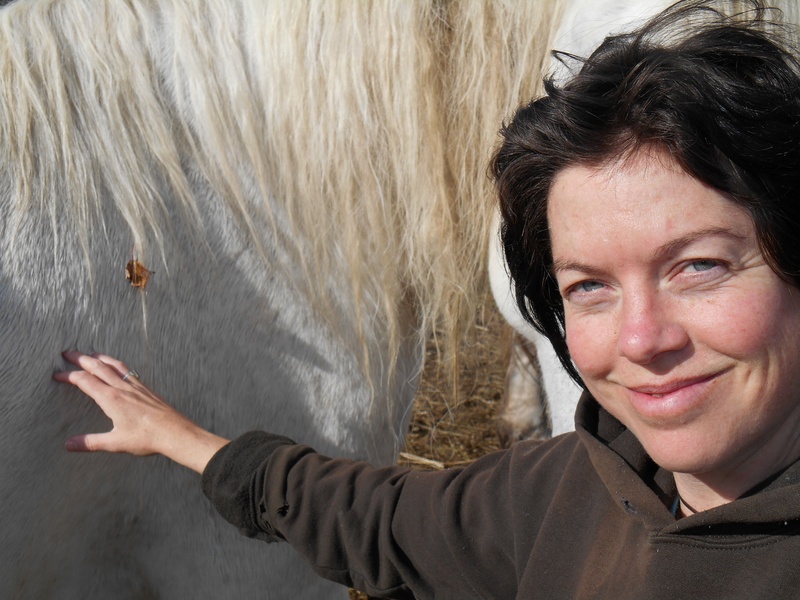 In this interview with grief counselor, death midwife and home funeral guide Cassandra Yonder, we will discuss her experiences with death and grief as a homesteader who lives off the land and raises animals for food. Cassandra will describe her philosophy of the importance of "hands-on" involvement in after-death care as she openly shares stories from her life, from the first home funeral she participated in for a neighbor to her own personal losses. You will learn:

Cassandra Yonder earned a BA in gerontology and sociology along with a Master’s degree in Architecture. She also studied grief and bereavement at the University of Western Ontario’s thanatology department and became certified as an animal assisted therapist, hypnotherapist and lay horse trainer.
Recognizing the therapeutic potential of the homesteading lifestyle, Cassandra and her partner moved to Cape Breton, Nova Scotia in 2006 where she intended to seek work as a rural bereavement coordinator while establishing a retreat for grieving families. The unexpected death and resultant home funeral of a close friend and neighbour precipitated a deepening of her consciousness in the field of dying and deathcare, and as a result she became certified as a home funeral guide in 2009.
Cassandra currently maintains a private practice in death midwifery through which she offers education, home funeral guidance and bereavement support. She speaks publicly about various aspects of alternative deathcare and the potential value of community centered responses to end of life and post death care.
She has been the chair of the Victoria County Hospice Society, secretary of her local Community Health Board, a member of the Grief Nova Scotia working group and a board member of the National Home Funeral Alliance. She is also part of a core group to found a Canadian Community of Practice for Death Midwifery.
Cassandra lives with her partner, 3 children and livestock (including horses, goats, rabbits, chickens, pigs, ducks, cats and dogs) in the forested highlands of Cape Breton at North River, just off the Cabot Trail in Nova Scotia, Canada where they are developing a self sufficient homestead using timber framing and cordwood building techniques. In this lifestyle, Cassandra is truly “walking her talk” as she deals with life and death in the natural world on a daily basis.
Website: www.deathmidwifery.ca