Ep. 1: How to Have a Green Burial with Esmerelda Kent 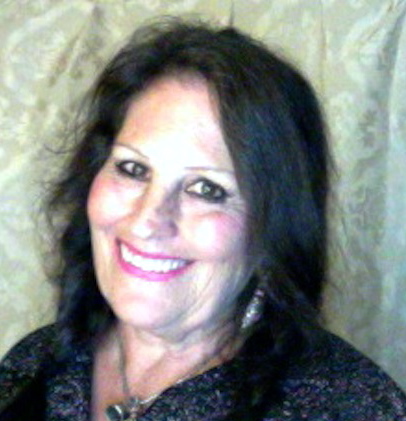 Join Dr. Karen Wyatt and her guest Esmerelda Kent, owner and founder of Kinkaraco - Green Burial Products for this fascinating discussion about shrouds. Esmerelda designed and created the first secular shroud specifically for green burial back in 2005 and that prototype shroud was featured in the final episode of the popular HBO series "Six Feet Under."  She will tell us what inspired her work and share her knowledge about the use of shrouds in all types of after-death disposition. You will learn:

Esmerelda Kent began working in California’s first GREEN cemetery, Fernwood, in 2004, after a lifetime in show business as a singer and costume designer. As a result of the death of her parents, her Buddhist practice, the AIDS epidemic and most importantly the influence of the TV show “SIX FEET UNDER” she changed her career to be of service to people and pioneered some of the very first green funeral services in the USA while working at Fernwood.
In 2005 she designed and created a secular burial shroud in order to meet the needs of families desiring green burial. The first prototype of this shroud was purchased by and debuted in the same popular HBO series that had already been an influence on Esmerelda’s career path, “Six Feet Under.” In that same year she launched her company Kinkaraco –Green Burial Products and began selling shrouds directly to the public online while she continued working at FERNWOOD conducting green burials.
Esmerelda Kent has been featured in BusinessWeek Magazine, she was awarded the EILEEN FISHER BUSINESS GRANT for Women Business Owners in Sustainable Business, and she has been a speaker for the ICCFA International Cemetery, Cremation and Funeral Association annual conventions on several occasions.
She has also started “21st Century Deathcare ™” a national & international referral service for customers seeking green services in 35 US States in hundreds of family owned funeral homes as well as in Canada and Australia. Esmerelda is the mother of two adult children and she lives in San Francisco, California.
Website: www.kinkaraco.com