The Death Monologues with Giselle Suarez 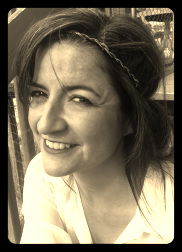 Join Dr. Karen Wyatt and her special guest, actress Giselle Suarez, for a conversation about THE DEATH MONOLOGUES, a unique theatrical experience that dives into life's greatest taboo. The Master of Ceremonies in this play is Death, who takes the audience through monologues with five different characters that shed light on the subject of death.

You will learn about this unique initiative to open up the conversation on death and dying:

Giselle Suarez, a Cuban-American by birth, was led to the Netherlands in 1995, where she pursued her lifelong dream of acting and performing. She graduated from the Royal Theatre Arts Academy in Utrecht NL, and spent over a decade playing, directing and teaching in the European professional theatre circuit, including the Dutch National Theatre, the Hague, The Rotterdam Schouwburg, De Balie & Gasthuis, Amsterdam, KVS/Bottelarij, Brussels, NEXT International Arts Festival, Kortrijk, The Schauspielhaus,Vienna, Theatre Intensive, Dartington and a site specific performance in Marseille with Jean-Michel Bruyere. Together with her husband Jorrit she formed MOMENTA, a non-profit organization based in the Netherlands, which completed several theatre projects, including staging the poetry of K'iche' poet, Humberto Ak'abal, and a modern staging of the RABINAL ACHI, in Central America, both productions working with the young Mayan population.
Giselle returned to the United States in 2009 to be with her mother who had been diagnosed with a brain tumor and spent 9 months assisting her on her death journey. This experience changed her life drastically and she became fascinated by the 'miracle' of death. After the death of her mother, Betty, she became very involved with death, working with and assisting others in many different ways such as hospice work, end of life and grief counseling, ceremony and of course, the creation of The Death Monologues, a life's work. It has become one of her passions to help shift the consciousness of death in our culture. And this is what inspired the creation of THE DEATH MONOLOGUES, which unites her two arbitrary passions, death and theater.
Website: www.deathmonologues.com