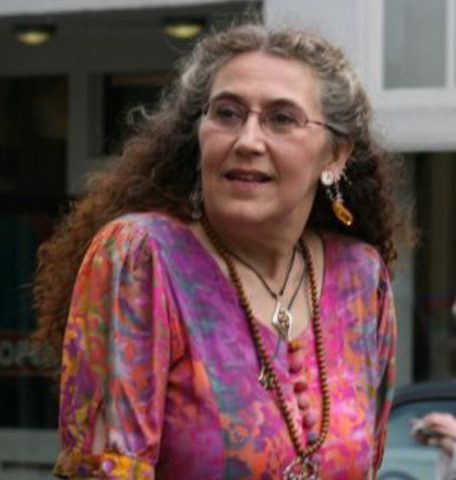 Sign up here to receive call-in information for this interview.

Join Dr. Karen Wyatt and her guest Pashta MaryMoon, the co-founder and director of CINDEA (Canadian Integrative Network for Death Education and Alternatives) and also the creator of  En-chanting Beyond, which offers support for dying people, birthing mothers and patients with dementia through the use of bedside singing.

Pashta MaryMoon — a mother and grandmother in Victoria, B.C. Canada — spent her youth as a social activist and non-violence trainer, and teaching music in elementary schools. Later, she obtained a Honours degree in World Religions, followed by a lay seminary degree — which included writing several essays on death practices in our modern culture.
Pashta has training in sexual abuse and general counselling. In the 1960s, she has worked people living with HIV/AIDS — caretaking for those dying from this disease, as well as officiating at their requiems or memorials. During the same time period, she was birth-coach for 3 single mothers – including one of whose fetus who had died in utero.
Pashta's background is primarily in pastoral care in chaplaincies — as visiting clergy for hospital/hospice (10 yrs) and federal prison (20 yrs), and part of the pastoral/spiritual care team at the Royal Jubilee Hospital (Victoria). As a member of the Quaker Vancouver Island Monthly Meeting for 40 years, she has served as the clerk of the Memorial committee, Ministry & Council committee, and the Pastoral Care Committee.
As a singer/songwriter, she has long used vocal music as an alternate therapy to support the dying or grieving process. She was one of the co-founders of the Victoria Hospice Bedside Singers (originally called Songs of Passage), and then created En-chanting Beyond to support dying people, birthing mothers and people with dementia. Pashta graduated from The Justice Institute as a mediator in 2011, and offers a specific focus in EOL (end-of-life) issues through E~merging Beyond.
After several years researching Advance Directives and Representation Agreements throughout North America, she has developed comprehensive, values-based Advance Directives and Representation Agreements templates. She has studied with Life and Death Matters (psychosocial side of palliative care), and participates in a number of organizations that are addressing EOL/pan-death issues — including Victoria Elder Friendly Community Network, Canada’s Dying with Dignity and the international End of Life Professionals Collective.
Pashta has also studied Family-led At-home (home funerals) with Final Passages, and has over 30 years of experience with developing and leading personalized ceremonies for a variety of different rites of passage. Eventually, she became a Death Midwife with Journeying Beyond; and the co-founder/director of CINDEA.
Websites: http://www.cindea.ca
http://beyonds.ca/Journeying/home.html