A Will for the Woods with Amy Browne and Brian Wilson 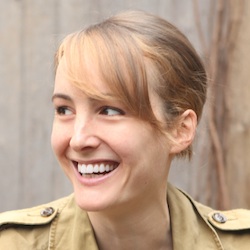 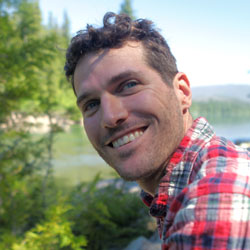 Sign up here to receive call-in information for this interview!

Join Dr. Karen Wyatt and her guests, filmmakers Amy Browne and Brian Wilson as they discuss their award-winning film, A Will for the Woods, the story of a man near the end of his life who prepares for his own green burial. This film has been named "One of the 9 documentaries you must see this year" by the TED blog and has won numerous awards at film festivals around the country. In this interview you will learn:

Co-Director/Producer, Amy Browne, grew up in Australia and moved to New York City to study theater at The American Academy of Dramatic Arts, and film at The New School University. Her film credits include Associate Producer for Crazy & Thief (LA Film Festival 2012) and I Used to be Darker (Sundance 2013), as well as work on The Ballad of Genesis and Lady Jaye (Berlinale & Tribeca 2011). She also recently commenced work as the Producer on upcoming documentary As Worlds Divide. When her sister Sophie introduced her to the concept of green burial, which connects the profundity and beauty of nature with the cycle of death and life, Amy was inspired to further explore the idea through film.

Co-director/Editor, Brian Wilson, graduated from Brown University with a degree in Comparative Literature and History, and works as an editor in New York. Passionate about the natural world and its protection and restoration, he is pleased to be exploring and raising awareness about green burial with A Will for the Woods. He became interested in developing deeper insight into death after his mother died in 2008, and has been grateful to find it through working on this project, which he hopes will offer similar comfort and understanding to many viewers.