How to Plan an End-of-LIfe Event for Your Community with Ashley Benem, LMP 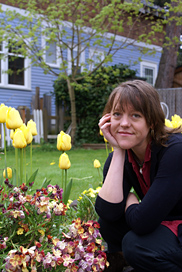 Join Dr. Karen Wyatt and her guest Ashley Benem as they discuss Ashley's experiences creating and hosting a large community event focused on the end-of-life. Hear how Ashley conceived of The Art of Death Exhibition and Conference in Bellingham, WA in 2014 and learn what it takes to create a similar event in your own community.

Ashley Benem is a licensed massage therapist, Death Midwife and Minister. She is the owner of A Sacred Passing: Death Midwifery Service in Bellingham Washington. She is the creator of the Art of Death Exhibition and Conference and has had the privilege of serving on several steering committees and action groups to support the shift towards a more human centered Palliative and End of Life Care practice. She is one of the organizers for the Whatcom County chapter of the Death Café. She also offers training in Death Midwifery Care.

Ashley has been working with the sick and injured since 1991.She initially received training as an EMT and Paramedic, working for many years on an ambulance crew. Later, after the birth of her son, she became a licensed as a massage therapist and Birth Doula spending several years focused on empowering the birth experience for families. Feeling that come to its still point, Ashley has followed the energetic pendulum swing to care for the other end of life’s cycle, working to empower families through the dying process. She has had extensive training as a home funeral guide including: being present, grounded, knowledgeable, skilled and compassionate with coaching families on the options and practical application of skills surrounding the end of life process.