Love in Our Own Time with Tom Murray, Film Director 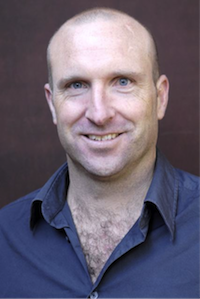 Join Dr. Karen Wyatt and her guest Tom Murray, director of the beautiful feature-length documentary Love in Our Own Time. They will discuss the making of this film, which follows the lives of ordinary Australians as they face the big transitions of life: birth and death. "Love in Our Own Time is a film that speaks directly to its audience about the nature of life and death. It is a journey to the heart of what it is to be human that gives us all pause to question the lives we lead." (from the film's synopsis) Tom Murray reveals his own inspirations for creating the film and the transformation he experienced during the process.

Tom Murray shoots, directs, and produces films for television and cinema. His debut documentary film Dhakiyarr vs the King won the Dendy Award for Best Film at the 2004 Sydney Film Festival and was selected for many international film festivals including the 2005 Sundance Film Festival. Tom has consistently worked in radio, film and television since 1998 and Love in Our Own Time is his third feature film documentary. His 2008 film In My s Country, a documentary about life in a remote Australian indigenous Homeland, was selected for IDFA Amsterdam and won the 2008 Australian Directors Guild Award for Best Direction in a Documentary Feature and has screened at some of the s most prestigious film festivals. s 2009 short drama Two Brothers at Galarra has also screened and won awards at festivals around the world. In 2014 Tom was awarded the Max Crawford medal.
Tom has shot documentaries in the islands of Indonesia, West Africa, Cuba, the U.S., and throughout remote Australia. His work has screened on both public and commercial television and been selected for INPUT the International Public Television festival.
Website: www.loveinourowntime.com

Categories: Documentary, Arts and the Media