Seeing the Bigger Picture: Benefits of Extrasensory Input for Living and Dying 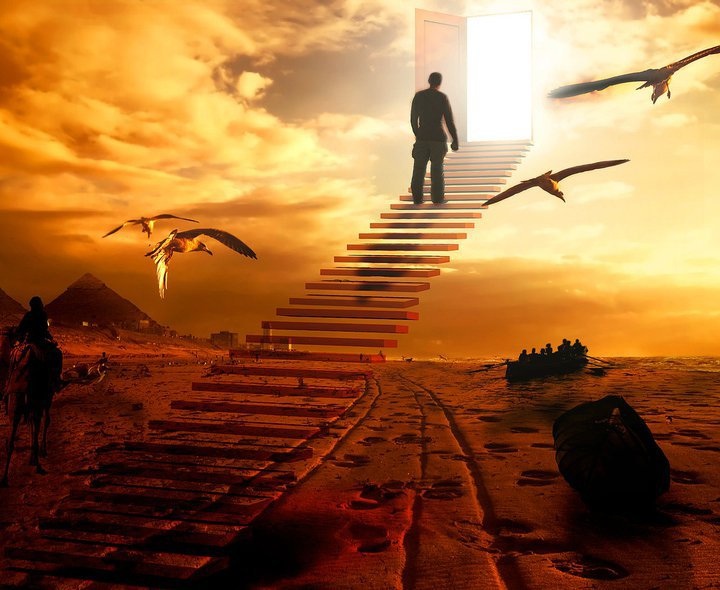 The average person senses much less than 1% of reality. That means most humans have been looking through a tiny pinhole in a wall and mistakenly think they are seeing all that is. Imagine the impact of perceiving just a bit more than usual!

Here’s a personal example of how meaningful that extra glimpse can be. My fiancé Andy has intermittent clairaudient and clairvoyant abilities, that is, she can sometimes hear and see things that most people can’t. There’s nothing strange or occult about this. It’s an extrasensory gift that allows her to see so-called spirits or nonphysical beings.

On May 5, 2007, my eighty-year-old dad Bill Pitstick was in the hospital for what his doctor thought was congestive heart failure or CHF. It’s a fairly common condition among the elderly, especially those who take statin drugs. He had been in good health before this and the expectation was that a medication or two would resolve the problem.

Andy and I went to visit him at the hospital and had a great visit. Dad had a wonderful personality and was always a pleasure to be around. We wished him well and looked forward to seeing him at home in a few days.

On the drive home, Andy looked concerned. When I asked what was wrong, she said, “Mark, an entity is there to help him die.” I dismissed her report since CHF is often a fairly easily treatable condition. Andy persisted about what she saw. “What did the spirit being look like?” I asked. Her description was that of a short, busty, older woman with pulled-back hair, and a flowered house-dress. She was standing quietly in the corner and gave her name as Agnes.

I forgot all about it until a few days later when the doctors ran more tests and determined that dad had severe leukemia. They estimated that he had only two to four more months to live and that his disease was terminal.

When I saw dad a few days later, I told him about Andy’s vision of the woman in his hospital room. He asked about details and, after I told him, he cried tears of joy. “That’s my grandma Agnes, my mom’s mom. That’s exactly how she looked. When I came home from the war, I stayed with her and helped her while she was dying. Now she has come to help me.”

Several days later, hospice was at mom and dad’s house since his condition had rapidly deteriorated. He had undergone two near-death experiences years before and was given the chance to stay in the next realm. He returned because he wanted to spend more time with his family and finish important community and church projects. I told dad that he already had a train ticket to heaven. All he had to do was give them to the conductor and get on the train. He liked that image and didn’t want to go through several months of shortness of breath, extreme fatigue, and bleeding.

On May 13, I—along with Andy, my two daughters and son-in-law—were visiting dad. I told everyone about Andy seeing Agnes in the hospital room and mom asked if she saw any other spirit visitors in the house. Andy saw Agnes, an unidentified man, and another very quiet man who wore a dark suit and whose name started with a ‘H.’ Dad said that his grandpa Henry never said much.

Then Agnes told Andy to ask dad about the icebox. Andy had no idea what this meant, but relayed the message. Dad paused, then broke out into a big grin and said, “Oh, the icebox. I had forgotten all about that. When I was young, I was grandma’s favorite. She had an icebox with a big chunk of ice. If my brothers got into it, they got a switching. But I could have whatever I wanted.”

That fond memory launched a series of stories from dad. We were all laughing and talking together. After a hour, he said, “You all are talking me to death. I need a nap.” He gave everyone a big hug, said he loved them, and closed his eyes for the last time in this earth-experience. He went into a coma and was taken to the hospice center later that night.

The next day, the entire family gathered around as dad moved closer to death. I quietly asked Andy how many otherworldly visitors were present. She looked around and said, “innumerable.” She described many, many angels, guides, soulmates, animal spirits, cherubs, and other entities. They were there, she said, to honor a dear soul, to assist his transition, and accompany him back Home.

Her extrasensory perceptions made a huge difference in how we all handled dad’s death and dying. Just imagine how much better our lives will be as we see more of the big picture. There are numerous benefits, but here are just three:

1. When you and your loved ones are dying, know—without a doubt—that you are also assisted and guided by your spiritual support team and the Light

2. Utilize authentic mediums, when desired, to instill more peace, hope, and joy when a loved one transitions into the next phase of forever

3. And, on this proud day when the Supreme Court legalized gay marriage, increasingly accept everyone for how and who they are. That will allow all people—no matter what their sexual orientation, skin color, religion, gender, ethnicity, age, or how much of reality they do or don’t perceive—to share their greatest gifts. And that, my friends, is a huge step toward personal and global transformation.

Mark Pitstick, MA, DC, author, chiropractic physician, and media guest, proves no one really dies and all the benefits therein. This knowledge—and fine-tuning your body/mind—helps you survive and even thrive during your most difficult changes and challenges. www.soulproof.com