Death:OK - The Making of a Groundbreaking Community Death-Positive Event with Holly Pruett 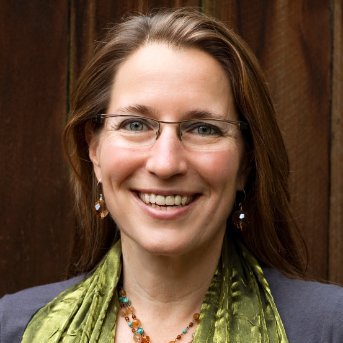 Sign up here to receive call in and replay information if you are not already a subscriber.

Join Dr. Karen Wyatt and her guest Holly Pruett who was one of the founders of the hugely successful event "Death:OK. Let's Talk About It" in Portland OR this October. Holly will break down the process of creating this full-day community event that featured keynotes, workshops, performance art and more.

Holly Pruett helps people talk about, prepare for, and live with death. As a Life-Cycle Celebrant and Home Funeral Guide, Holly works with individuals, families, and communities to create unique, personalized ceremonies from cradle to grave. Holly is co-founder and primary organizer of the PDX Death Café (with a 1,000+ email notification list) and a facilitator with Oregon Humanities' new statewide conversation program, Talking About Dying.

For the past two years Holly led a team of volunteers who planned and produced Death:OK, Let's Talk About It, a ten-hour day of inspiration, information, and connection. The 500-person event, which took place October 17, 2015, sold out nearly two months in advance. From 1985 to 2010 Holly served the nonprofit and public sectors on the local, state, and national levels as an executive director, consultant, campaign manager, and public interest lobbyist.