Ep. 19: The Future of Hospice Care in the U.S. with Don Schumacher, PsyD 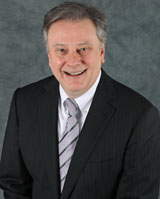 Join Dr. Karen Wyatt and her guest Don Schumacher, President and CEO of the National Hospice and Palliative Care Organization. In this interview you will learn:

From 1989 until he joined NHPCO in 2002, Dr. Schumacher served as the President and CEO of The Center for Hospice and Palliative Care, Buffalo, New York. During his tenure, he led the development of an integrated hospice campus in the Buffalo, New York area, launching a variety of hospice-related organizations including nursing homes and mental health and pediatric care facilities, as well as a stellar bereavement education program. Among his other notable professional endeavors, Dr. Schumacher was the President and Founder of The Hospice of Mission Hill, Boston, Massachusetts, which was established as one of the first HIV/AIDS hospices in the U.S.

Dr. Schumacher is a licensed clinical psychologist in New York and Massachusetts and holds a doctorate degree in psychology from the Massachusetts School of Professional Psychology, Boston, Massachusetts. In 2005, he received the Distinguished Alumni Award from the State University of New York at Buffalo, where he earned his M.S. degree in counseling psychology.