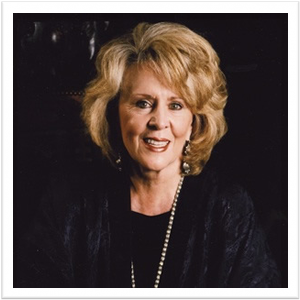 Thursday December 15, 2016
10 am Pacific/1 pm Eastern
Click here to register if you are not already a subscriber.
Dr. Karen Wyatt welcomes her special guest, Barbara Dossey, RN, who is a pioneer in holistic and integrative nursing and a scholar on the life and work of Florence Nightingale. She will discuss her research on the teachings of Florence Nightingale, the 19th-century founder of modern nursing, and how they can inform our work today with dying patients.
In this interview you will learn:
Barbara Dossey, PhD, RN, AHN-BC, FAAN, HWNC-BC, is internationally recognized as a pioneer in the holistic nursing and nurse coaching movements. She is a Florence Nightingale scholar, nurse theorist, and national and international speaker and teacher on the role of integrative nurse coaching in the emerging integrative health care paradigm. She is Co-Director, International Nurse Coach Association (INCA), Miami, Florida; International Co-Director and Board Member, Nightingale Initiative for Global Health (NIGH), Washington, DC, and Neepawa, Manitoba, Canada; and Director, Holistic Nursing Consultants, Santa Fe, New Mexico.
Barbara is an author or co-author of 25 books. Her most recent include Holistic Nursing: A Handbook for Practice (7th ed., 2016), Nurse Coaching: Integrative Approaches for Health and Wellbeing (2015), The Art and Science of Nurse Coaching: The Provider’s Guide to Coaching Scope and Competencies (2013), and Florence Nightingale: Mystic, Visionary, Healer (Centennial Commemorative Edition, 2010).
Barbara’s Theory of Integral Nursing (TIN) is a grand nursing theory that presents the science and art of nursing. It includes an integral process, integral worldview, and integral dialogues that is Praxis—theory in action. It also includes compassionate care of the dying, and nurses’ roles as 21st Century Nightingales. Her co-authored Theory of Integrative Nurse Coaching (TINC) (2015), a middle-range theory, is a framework to guide integrative nurse coaches in nurse coaching practice, education, research, and healthcare policy. Her collaborative global nursing project, the Nightingale Initiative for Global Health (NIGH) and the Nightingale Declaration Campaign (NDC) has been developed to strengthen individual commitment toward achieving a healthy world as a priority objective for action by ordinary citizens, by civil society organizations and by all governments, local and national. Related NIGH projects have included developing the 2010 International Year of the Nurse (2010 IYNurse) to advocate, worldwide, for the achievement of all UN Millennium Development Goals (MDGs).
Websites: www.iNurseCoach.com, www.NIGHvision.net, www.dosseydossey.com

Categories: Care of the Dying, Hospice