Learn how Heidi Connolly has been composing intuitive, healing music for others since her husband died and began communicating from "the other side." 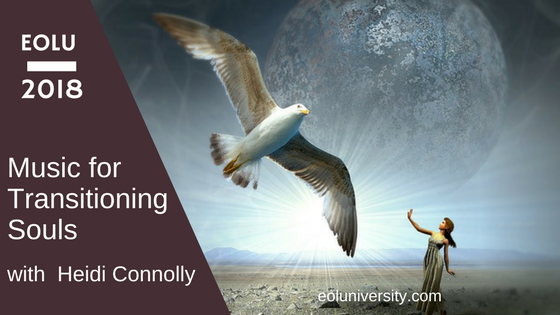 My guest Heidi Connolly will share with us how she began receiving communications from her husband Randy after he died, which led initially to a book of poetry that she co-wrote with Randy's inspiration, Crossing the Rubicon. Eventually she was nudged toward a new career composing "inspirationally guided flute music" to help others heal and in this conversation she'll discuss this new phase of her work. 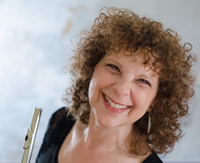 This interview will cover:

Speaker Bio:
When her husband Randy transitioned in 2012, Heidi Connolly’s life took a dramatic turn. On the surface, there were all the usual challenges—how to live without a beloved spouse, how to go about daily life when suddenly you are one, not a partnership of two, and so on—but it is the deep-seated truth that emerged that was the most revelatory. For over 20 years, as owner of Harvard Girl Word Services (a writing, editing, book design, and self-publishing firm), Heidi focused on the work of others. She’d been told she channeled the messages of her authors, but assumed that was little more than an acknowledgment of her expertise. Now, she understands just how valid that descriptor was.
In her award-winning book Crossing the Rubicon, written with Randy after his passing, Randy informs Heidi that the grieving process can act like a filter that blocks out spiritual messages asking to be heard. It was upon learning this truth that she realized she was capable of much more than she’d ever given herself credit, including her ability to communicate with those on the Other Side. About a year after Crossing the Rubicon was published, Randy encouraged Heidi to purchase and start playing the flute again after a 25-year hiatus from her classical music career. Shocked but willing, Heidi soon began channeling what Randy calls “inspirationally guided flute music.” Currently, her multidimensional compass is set to a practice of intuitive coaching, music, and living life as a “Vacationing Angel.”
Website: vacationingangels.com